Moderated by Andrew Green of The Baltimore Sun

Walter Lomax was arrested in 1967 at the age of 20 and sentenced to life in prison for the murder of Robert Brewer, the proprietor of Giles Food Market. Mr. Lomax maintained his innocence from the time of his arrest. After nearly 40 years and repeated petitions for a new trial, a review of his case by Judge Gale Rasin and additional investigations led to Mr. Lomax’s release in 2006. Join us for this conversation about Mr. Lomax’s experiences navigating the justice system following his incarceration for a crime he did not commit, and his work since his release with the Maryland Restorative Justice Initiative, an organization founded to fight for the rights of incarcerated individuals with parole-eligible life sentences.

Free, but reservations required. Seating is limited. Please arrive early as any seats remaining when the program begins will be open to walk-up attendees.

Walter Lomax is the Founder and Executive Director of the Maryland Restorative Justice Initiative, which seeks to make changes within the Maryland parole system so that certain Lifers can be granted parole and experience meaningful lives.

Gale Rasin is a Senior Judge of the Circuit Court for Baltimore City, where she presides over the Mental Health Court in the Criminal Division.  She has served on the bench since 1992.  Before that she practiced law, for the most part as a prosecutor on the local, state, and federal levels.  She has been involved with organizations dedicated to reducing animal cruelty and neglect, including the Mayor’s Anti-Animal Abuse Advisory Commission.  She earned her BA degree from Duke University in French and political science and her JD from Georgetown University Law Center. 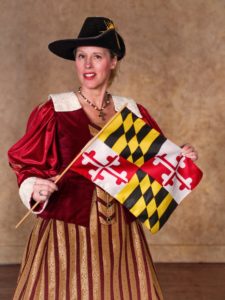