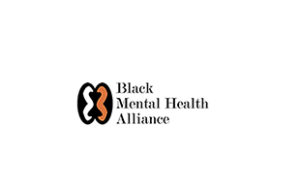 #BlackMindsMatter
Through its #BlackMindsMatter Baltimore Rising: Summoning the Village Call to Action series, sponsored in part by a grant from Maryland Humanities, the Black Mental Health Alliance for Education & Consultation, Inc. (BMHA) has created an innovative model of community engagement designed to infuse mental health strategies and solutions into the current and longstanding challenges facing Baltimore City. Jan Desper Peters, executive director at the BMHA, tells us more. 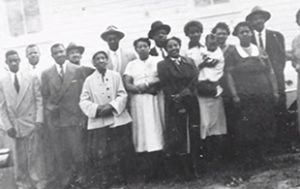 Quince Orchard Project
As we reflect upon last April’s unrest in Baltimore, we recognize the importance of collecting and preserving community histories. Capturing often-untold stories allows us to reflect on the past in order to shape the future. After discovering something new about his 95 year-old grandmother, attorney and political strategist Jason Green set out to preserve the memories of the residents of Quince Orchard, a post-Civil War predominantly African American community near Gaithersburg that thrived for a century before vanishing. The result was The Quince Orchard Project, a documentary film that examines the history and heritage of this lost community. Green tells us more. 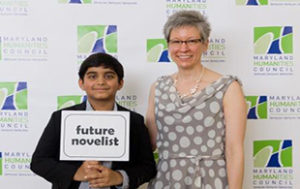 Connecting with Students Through Literature
Have you ever loved a book so much you wished you could write a letter to its author? That’s the foundation of our annual letter-writing contest for middle and high school students, Letters About Literature. A national Library of Congress program that is facilitated in Maryland by the Maryland Humanities Council, Letters About Literature promotes reading and writing skills and inspires creativity in its many participants. Kimberly Dyar, teacher librarian at Rising Sun High School in Cecil County and recipient of last year’s Christine D. Sarbanes Teacher of the Year award, tells us how this program allowed her to connect with one of her students. 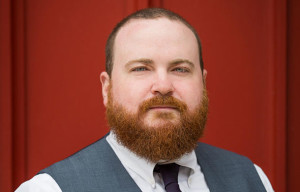 War Stories for National Healing
Most veterans return home with important and varied stories to tell— but do they have an outlet to express and share those stories? Through humanities-based programs like the Maryland Humanities Council’s veterans book discussions, or the Washington D.C.-based Veterans Writing Project, veterans are able to come together to give voice to their experiences. Writer Dario DiBattista, an instructor in the Veterans Writing Project, tells us more. 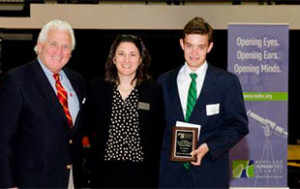 Impact of Maryland History Day
Did you know that each year the Maryland Humanities Council coordinates the National History Day competition in Maryland? Last year nearly 24,000 Maryland students engaged in this year-long historical research experience. Dylan Rogers Elliott, a former Maryland History Day participant and current student at University of Maryland, Baltimore County, tells us about how this program has made a lasting impact on his life.
Literary Walking Tour of Mount Vernon
Ever wanted to follow in the footsteps of the famous authors, poets, and editors who lived in Baltimore? Every third Saturday in April through October, the Maryland Humanities Council offers a Literary Walking Tour of Mount Vernon, taking you through majestic cultural institutions, past elegant mansions, and into the minds of Baltimore’s literary luminaries, artists, and journalists. On April 2, we’re kicking off the season with a special tour coinciding with Light City Baltimore. Jessica Baldwin, Program Assistant for Maryland Center for the Book, tells us more about the tour.
Diversity in Theater
On April 2, the University of Maryland’s School of Theatre, Dance and Performance Studies will hold its third annual Black Theatre Symposium, supported in part through a grant from the Maryland Humanities Council. Scot Reese, artist and professor at UMD’s School of Theatre, Dance, and Performance Studies and one of the co-organizers of the symposium, tells us how this event aims to build diversity and community in theater.
Baltimore Stories
On March 23, the University of Maryland Arts and Humanities Center for Synergy, the Maryland Humanities Council, and other partners will kick off “Baltimore Stories,” a program designed to examine the roles of narrative in the life and identity of Baltimore, with a day-long public forum featuring David Simon and Dr. Khalil Gibran Muhammad. Sheri Parks, co-program director and associate dean at the College for Arts and Humanities at UMD, tells us more about Baltimore Stories.
The Impact of Pulitzer-Winning Journalism
Did you know that this year marks the centennial of the Pulitzer Prizes? In celebration of that milestone, the Maryland Humanities Council is offering a year-long series of events to highlight the impact this award-winning work has had on our lives. Made possible through a grant from the Federation of State Humanities Councils, the programming kicks off on March 8 with journalist panels at the Baltimore Sun. Diana Sugg, Pulitzer-Prize winning Sun journalist, shares the powerful impact that investigative journalism and the Pulitzer Prizes have on our world.
All Baltimore Voices
After the death of Freddie Gray in police custody last April and the unrest that followed, the Maryland Humanities Council reflected on how the humanities could help. From this discussion came our Humanities Fund for Baltimore, a special grant program for local nonprofits. One of the program’s first round grantees, the Reginald F. Lewis Museum, tells us about its funded project: “All Baltimore Voices: Stories About & Beyond the Unrest.”
‹ Previous 1 … 19 20 21 22 Next ›