Beyond the Statements: Leading Racial Equity in Humanities Organizations

At a time when many organizations have put out public statements in support of Black Lives Matter and in opposition to White supremacy, dismantling our organizational inequities remains an elusive next step. Maryland Humanities recently convened a speaker series focused on operationalizing racial equity work in the humanities field. Leaders from Maryland spoke to the efforts they have led in their respective organizations. Topics covered included incorporating racial equity into hiring, where to start when leading an organization, and leading the work within a university setting.

The series was moderated by Alicia McLeod, Executive Director of Challenging Racism and Maryland Humanities Board Member.

There was no cost to participate, but registration for each event was required.

Missed an event? Watch the recordings on our YouTube channel. 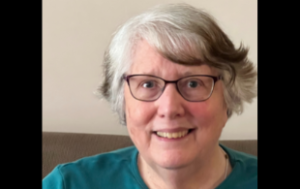 Addressing Today’s Issues in a Nonjudgmental Way: A Q&A with Jacquelyn Lucy