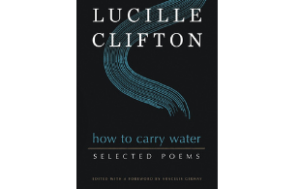 How to Carry Water celebrates both familiar and lesser-known works by former Poet Laureate of Maryland Lucille Clifton (1979–1985), including 10 newly discovered poems that have never been previously collected. The poems celebrate Black womanhood and resilience and reflect intellect, insight, humor, and joy.  The late Toni Morrison once described Clifton’s voice as “seductive with the simplicity of an atom, which is to say highly complex, explosive underneath an apparent quietude.”  Award-winning poet Aracelis Girmay edited How to Carry Water, selecting the poems and introducing the collection. 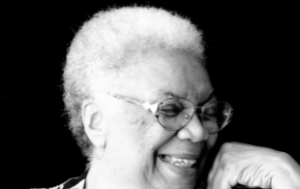 Clifton (1936–2010) was an award-winning poet, fiction writer, and author of children’s books. Her poetry collection, Blessing the Boats: New & Selected Poems 1988-2000 (BOA, 2000), won the National Book Award for Poetry. In 1988, she became the only author to have two collections selected in the same year as finalists for the Pulitzer Prize: Good Woman: Poems and a Memoir (BOA, 1987) and Next: New Poems (BOA, 1987). In 1996, her collection, The Terrible Stories (BOA, 1996), was a finalist for the National Book Award. Among her many other awards and accolades are the Ruth Lilly Poetry Prize, the Frost Medal, and an Emmy Award. In 2013, her posthumously published collection The Collected Poems of Lucille Clifton 1965-2010 (BOA 2012), was awarded the Hurston/Wright Legacy Award for Poetry.

Aracelis Girmay received a fellowship from National Endowment for the Arts in 2011 and a Whiting Award for Poetry in 2015. One of her three poetry collections, The Black Maria (2016), was named a “Top Poetry Pick” by Publisher’s Weekly, O Magazine, and Library Journal.

About Route 1 Reads
Connecting the 2,369 miles of U.S. Route 1 from Ft. Kent, Maine, to Key West, Florida, the Route 1 Reads initiative is a partnership between 16 affiliate Centers for the Book to promote books that illuminate important aspects of the region for readers traveling the major and meandering highway. The initiative was launched at the 2015 National Book Festival.

About the Center for the Book in the Library of Congress
The Library’s Center for the Book, established by Congress in 1977 to stimulate public interest in books and reading, is a national force for reading and literacy promotion. A public-private partnership, it sponsors educational programs that reach readers of all ages through its affiliated centers, collaborations with nonprofit reading-promotion partners, and through its Poetry and Literature Center at the Library of Congress. For more information, visit Read.gov.

Join the conversation on the Maryland Center for the Book Facebook page this summer.