Maryland Humanities Adds Five New Members to Board of Directors

(Baltimore) – Maryland Humanities is pleased to welcome five new members to the organization’s Board of Directors.  They join 22 additional volunteers in service on the Board, led by newly elected Chair Cynthia Raposo. Anyone interested in discussing board service may contact Executive Director Phoebe Stein at (410) 685-0095.

“We are delighted to welcome such accomplished individuals to our Board,” says Stein. “They bring a wealth of professional and personal experiences and a deep commitment to our mission to provide impactful and accessible lifelong learning experiences to communities throughout Maryland.”

DOUGLAS (DOUG) GREENBERG is a Distinguished Professor of History Emeritus at Rutgers, where he also served as Executive Dean of the School of Arts and Sciences. Previously, he was Professor of History at the University of Southern California and Executive Director of the USC Shoah Foundation Institute for Visual History and Education, which was founded by Steven Spielberg.  Earlier in his career, Greenberg was President and Director of the Chicago Historical Society (now the Chicago History Museum) and Associate Dean of the Faculty at Princeton University. In 2009, he received Phi Beta Kappa’s Triennial Award for Distinguished Service to the Humanities. (Baltimore City) 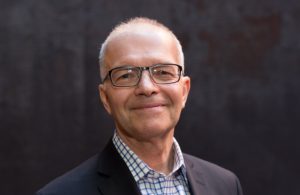 MARK IRWIN served as Deputy Chief Marketing Officer and then Acting Chief Marketing Officer for the United States Holocaust Memorial Museum from October 2015 to February 2017. Early in his career, Irwin led video productions in North America, Europe, the Middle East, and Japan for retail and advertising clients and the Federal Government. In the 1990s, he created communication and training products for Fortune 200 companies including Microsoft, Mayo Clinic, Ford, FedEx, and Thomson-Reuters. Beginning in 1999, Irwin developed branding strategies for Animal Planet, Discovery Health, and other networks for nine years. (Montgomery County) 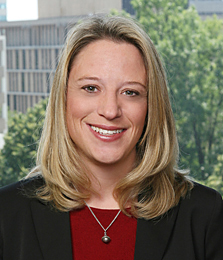 HEATHER MITCHELL is a seasoned litigator with Venable LLP with extensive experience representing businesses in complex commercial litigation, including contract disputes, healthcare matters, and more. She served as a law clerk to Judge Benson E. Legg, then Chief Judge of the United States District Court for the District of Maryland. She has also represented clients in matters before federal courts and Maryland state courts.  A life-long Marylander, Mitchell serves as President of the Board of Directors of Baltimore County’s Court Appointed Special Advocates for Children (CASA). She is also on the Board of Directors of the Baltimore Curriculum Project. (Baltimore County)

GALE RASIN served as a judge on Baltimore City’s trial courts for more than twenty years until she retired in 2012 from the Circuit Court for Baltimore City. Rasin created a felony mental health docket in the Circuit Court that supervises criminal defendants who suffer from serious mental illness. She continues to preside over it as a senior judge. In 2013, Rasin was honored by the Metropolitan Baltimore Chapter of NAMI with its Opening Minds Award. She has served as an adjunct professor at the University of Baltimore Law School and has taught ethics in the Johns Hopkins University MBA program. (Kent County)

GUFFRIE M. SMITH, JR. is a retired educator with a diverse career including almost 34 years with Calvert County Public Schools and 6-1/2 years with the Maryland State Department of Education. In Calvert County, he served as principal, vice principal, teacher, and more. With the State, his titles included Specialist in Migrant Education and Migrant Branch Chief. Smith has also served on regional and statewide boards and committees including the Multicultural Education Task Force. He is active with the Calvert County Historical Society, Calvert Crusade for Children, and other organizations. In 2009, The Maryland State Teachers Association granted him their Martin Luther King Community Award. (Calvert County)