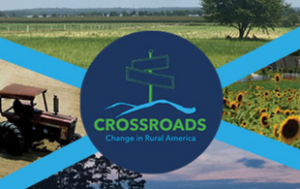 (Baltimore, MD) – Crossroads: Change in Rural America, a traveling Smithsonian Institution exhibition, is opening at Serenity Farm in Benedict on September 8 at noon. The farm serves as the first venue of a five-stop tour of the state, presented through Maryland Humanities’ Museum on Main Street program. The Farm Heritage Conservancy partners with Maryland Humanities for the tour’s first Maryland stop. Each Crossroads partner creates its own exhibit to complement the Smithsonian’s exhibition.

The Farm Heritage Conservancy has created On this Land: Many Stories, Centuries of History, which explores stories about life, family, work, tools, and crops, things of everyday life of those who have lived on what is now known as Serenity Farm. The exhibit reveals how the land has served many purposes over the centuries from a home to Indigenous peoples and later a working farm producing primarily prime tobacco, to today’s diversified farming operation including a variety of crops, agritourism, and direct sale of farm-raised produce and meats to the public. Throughout the land’s history, the people who have called it home have lived through a changing world, which greatly effects their livelihood as farmers. Collectively, they’ve witnessed changes in weather and financial states, the Revolutionary and Civil Wars, and pressures from urbanization.

“The Farm Heritage Conservancy is proud and honored to bring Crossroads to the Southern Maryland region. This is a region that has seen enormous change in the last decades from primarily a tobacco farming monoculture to a diversified one,” says Franklin A. Robinson, Jr., who sits on the Board of Directors at the Farm Heritage Conservancy. “We hope our visitors will come away with a clearer understanding of the changes that are happening in rural America and how that applies specifically in the region in which they live.”

Crossroads is the eighth Museum on Main Street project brought to small communities throughout the state by Maryland Humanities. Each site hosts the exhibition for five to six weeks and develops a complementary exhibit highlighting their community’s heritage and histories.

Crossroads programming is supported by the National Endowment for the Humanities, the State of Maryland, and BGE. Maryland Public Television is the tour’s Media Sponsor. Farm Heritage Conservancy’s partners are Serenity Farm, Destination Southern Maryland, and Maryland Heritage Areas Authority. 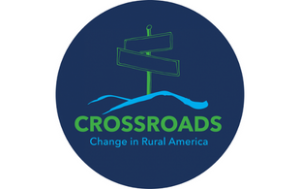