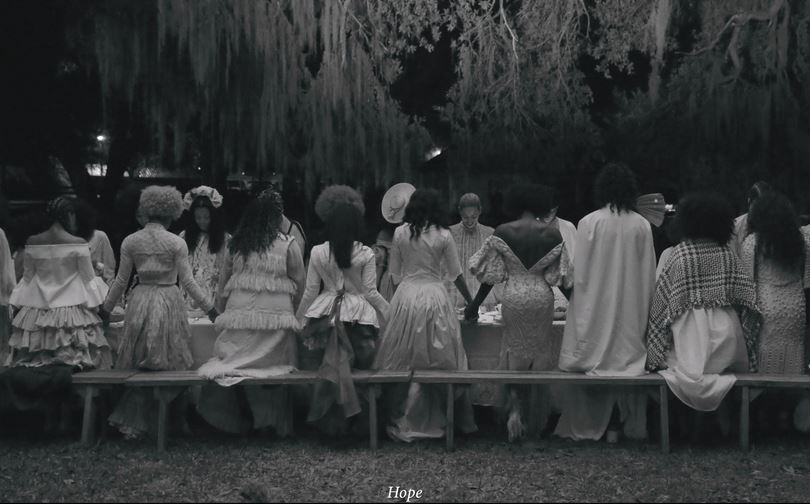 A Writer with Writers: Deconstructing, Understanding, and Sippin’ Lemonade

Some events have such deep and lasting impact that you will always remember where you were and what you were doing when they occurred. My parents talk about how they were having an afternoon snack when they heard the news that Dr. King had been assassinated, and my grandmother used to talk for hours about how she was washing clothes when she heard about President Kennedy’s assassination. I was getting ready for New York Fashion Week on 9/11 and my sons were having lunch when they heard about Freddie Gray’s death. These are moments that you never forget, pivotal ones that shift your perspective, change your direction, and make you think long and hard about the world that we are living in—the one that you are helping to co-create.

Within the black feminist community, a pivotal moment happened on the eve of April 23, 2016. HBO aired Lemonade, Beyoncé’s second visual album, and the world (or at least the world within this community) paused and took notice. The reactions were immediate and many asked folks not to release any “think pieces” until people had had an opportunity to digest the pain and love and feelings of hope and frustration that Beyoncé offered up on the altar of black feminist critique. For some, Lemonade provided further evidence that Beyoncé had finally and firmly claimed her black feminist roots and for others, like the feminist writer bell hooks, it only served as a reminder that for some artists (like Beyoncé, for example), feminism was/is a commodity, a tool that could be wielded carelessly and casually by those who are not intimately connected to the true struggle. It also became a teachable moment with professors and humanists across the country immediately calling for and working on gathering resources to create a #LemonadeSyllabus. This is the type of reaction—where people are immediately compelled to create work, gather resources, hold listening parties and blog about them—that I want to explore in my reoccurring blog series A Writer With Writers, featured here on the Maryland Humanities blog.

So this month, we take a moment to sit down with Dr. Janell Hobson and Dr. Jessica Marie Johnson to explore and examine their work to create #Lemonade: A Black Feminist Resource List. In addition to including think pieces and resources that explore black feminism and black womanhood, the list also includes essays and interviews that explore and examine the visual album by discussing the women who were involved in the creative work, the women who were featured (including Serena Williams who twerked her way through a song before taking a seat on her throne), and, the meaning behind some of the visual images. As we did last month, this feature has two parts. We begin our discussion here with Dr. Johnson, discussing the resource list and her work to compile complementary resources on her website, and conclude on my blog with an interview with Dr. Hobson and her extensive work to record and write about Beyoncé as a black feminist artist.

NOTE: Much like the album Lemonade, some of the resources in #Lemonade: A Black Feminist Resource List contain sexually explicit language. Please note that this resource list is intended for mature audiences only.

Kaye Whitehead: Why did you decide to work on this project?

Jessica Marie Johnson: Earlier this year, after Beyoncé released Formation, I curated a number of think pieces and essays that explored this work. Since this song and video were specific to New Orleans (and I am scholar of that area), I decided to center the voices of black women first, then the voice of New Orleans, and then the voices of Southern women. Janell and I are colleagues and she is very familiar with my work as a historian (as I am with her work on black feminism) so when she approached me after Lemonade aired, I was excited about the collaboration. We decided to curate and compile some of the resources that were being written about Lemonade as a teaching tool for black women’s politics; as a way to explore Beyoncé and her understanding of herself as an artist, a woman, and a wife; and, as a way to join the broader discussion that everyone was engaging in about the work. […] Regardless of what people may think, Lemonade is not a shallow text and we, as scholars and researchers, need to think through it, to digest it, and to explore it.

KW: Which writers inspire you?

KW: What does being a writer mean to you?

JMJ: I believe that writers are committed to being really engaged with the written word. They are interested in thinking about how we find and tell complicated stories to share all aspects of our human experience. Writers are artists—similar to those who use dance or music or paint. As a writer, my work helps me to process the world and hopefully help others process it as well. Being a writer is a heavy responsibility because we must be committed to creating and writing texts (good and solid work) that can stand the test of time.

KW: What books do you wish you could have written?

JMJ: I don’t have any book that I wish that I could have written but I do have books that when I read them, they spoke to me and my personal experience. The first is Octavia Butler’s Wild Seed. When I first read it, it spoke to everything that I wanted to see in the world. Toni Morrison once said that, “If there’s a book that you want to read, but it hasn’t been written yet, then you must write it.” Butler wrote books that I wanted (needed) to read. Her work gives people agency and power to go out and do great work.

The second is Alice Walker’s The Way Forward is With a Broken Heart. Walker has a way of excavating emotions and personal experiences that we do not really want to touch. She forces us to confront these issues. As a writer, I want to be able to write about these things. I want to be brave enough to confront these same issues with care, with generosity, and with bravery.

KW: What writing advice do you have for other aspiring authors?

JMJ: My advice is to write every day. I know that this is the standard advice that writers always give but there is some real truth behind it. There is something very empowering about sitting down every day—regardless of whether you are tired or angry or frustrated or down or anxious—and writing something.

At the opposite end of the spectrum, Daniel José Older has a great essay, “Writing Begins With Forgiveness,” that argues against writing every day. What I find most interesting about this piece is that he suggests that when you sit down to write, you start by forgiving yourself for what you did not write or what you did not do. You give yourself permission to start over. In both cases, whether you show up at the page every day or not, the only way that you can be a writer is to write.

KW: Fifty years from now, how would you like your work to be taught/explained and/or built upon?

JMJ: Recently, I was talking with some sister scholars and we were reflecting on the number of scholars that have recently died. We were talking about our work and about our legacies as scholars. When I look ahead, to fifty years from now, I would like my work to be taught with an excessive amount of pleasure and “inappropriate” behavior. I want my work to be able to speak to what it not seen or condoned in the academy. I want it to be read by everyone, particularly black women/black feminists who are not in the ivory tower. I want sex workers and strippers to read my work in the back rooms. I want it taught to everyone from activists to people who live in elderly homes. I want my work to be rich and engaging, transgressive and delicious. I want my work to give us back to ourselves without shame and without fear.

Janell Hobson, Ph.D. is the author of Body as Evidence: Mediating Race, Globalizing Gender (SUNY Press, 2012) and Venus in the Dark: Blackness and Beauty in Popular Culture (Routledge, 2005). She also writes and blogs for Ms. Magazine.

Ready for more about #Lemonade? Head over to Kaye Whitehead’s blog to read about Dr. Hobson and her extensive work to record and write about Beyoncé as a black feminist artist.

About the Interviewer: Karsonya “Kaye” Wise Whitehead, Ph.D. is Associate Professor, Department of Communication at Loyola University Maryland and the Founding Executive Director at The Emilie Frances Davis Center for Education, Research, and Culture. Her new anthology, RaceBrave, was published in March 2016.

Category: Maryland Center for the Book