On March 5th from 1-3 p.m, visitors to the Maryland Women’s Heritage Center will have the opportunity to view an official, newly expanded, Maryland Women’s Hall of Fame exhibit. Established in 1985 by the Maryland Commission for Women and the Women Legislators of Maryland, the Hall of Fame recognizes women whose achievements are of historic significance to the state. Among those honored are educators, scientists, medical professionals, artists and writers, political and social activists, philanthropists, and leaders in government, business and industry, and the military. Inductees have been drawn from periods reaching back to the Colonial era. The official exhibit housed in and maintained by the Women’s Heritage Center and includes brief biographies and, when available, photos of all women inducted through 2016.

The Women’s Heritage Center, the first such comprehensive effort of its kind in the nation, is an outgrowth of the Women’s History Project that began in 1980 as a collaborative venture of the Maryland Commission on Women and the Maryland State Department of Education. Today, in addition to housing the Hall of Fame exhibit, the Center offers a variety of programs, including rotating exhibits on women’s contributions to various fields, leadership development seminars for girls and women, and forums addressing issues important to women and their families. In addition to the official Hall of Fame, the Center also maintains an Unsung Heroines exhibit of women who have changed the lives of families and communities.

At the celebration on March 5th, attendees will have the opportunity to meet numerous former inductees into the Hall of Fame, as well as those who will be inducted at a special ceremony in Annapolis on March 16. The featured speaker will be the Honorable Beverly Byron, a former inductee, who will address the important role of HERstory in the history of our state and nation. In addition, three noted honorees will emerge from the past to mingle with guests: Mary Pickersgill, Billie Holiday, and Henrietta Szold.

Mary Young Pickersgill (1776-1857), a resident of Baltimore for more than fifty years, was a successful Baltimore businesswoman and a local humanitarian.  However, Mary Pickersgill’s greatest contribution to Maryland and to the entire United States was as a flag maker during the War of 1812.  The flag she made became the inspiration for Francis Scott Key to write the poem that has become the national anthem of the United States of America.  Today that flag resides in the Smithsonian Institution’s National Museum of American History. 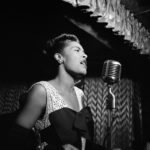 (1915 – 1959) , born Eleanora Fagan, overcame the challenges of a poverty-stricken childhood in East Baltimore to become one of the nation’s most famous female African American jazz musicians. During the 1930’s and 40’s, she famously asserted her talents to raise the social and political consciousness of black society, particularly with her melodic protests against domestic violence and lynching practices across the south. 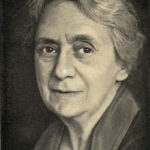 the founder and first president of Hadassah, the Women’s Zionist Organization of America. Although her major contributions to Jewish life as a Zionist were made after she left Maryland, she began her public service activities in Baltimore. Szold urged the Hebrew Literary Society to sponsor a program to teach English to newly arrived immigrants from eastern and southern Europe. As a result, the first evening adult classes in Baltimore were established. This was the beginning of the adult education program in Baltimore public schools. The program later served as a model for adult education in other cities.

For more information about the Maryland Women’s Heritage Center, to register for the Hall of Fame expansion celebration on March 5th, or our upcoming 2017 Induction Ceremony on March 16th in Annapolis, visit http://mdwomensheritagecenter.publishpath.com/ or call 443-996-1788.

The Maryland Women’s Heritage Center is located at 39 West Lexington Street in Baltimore. The Center is open Thursday through Saturday, 10 a.m. – 4 p.m. Admission is FREE.

About the Author: Diana Bailey, Executive Director of MWHC, has been an educator and administrator for more than 30 years. She has extensive experience working with a broad range of special populations in education, occupational training, and employment and STEM career pathways. Several of her roles have focused on educational equity as well as community organizations supporting gender equity. She was a member of the Maryland Commission for Women, Chair of the Howard Co. Commission for Women, currently a member of the Advisory Board of the Howard County Women’s Giving Circle, Vice Chair of the National Gender Equity Leadership in Education (NCSEE/AGELE), and chairperson for several years of the Maryland Women’s Hall of Fame event for the Maryland Commission for Women and the Women Legislators.Prior to moving from the MWHC Board of Directors to the position as Managing Director then Executive Director, Ms. Bailey retired from the Maryland State of Education, Division of Career and College Readiness (2012) and serves as a consultant to MWHC and other organizations.

The opinions expressed by guest contributors to the Maryland Humanities blog do not necessarily reflect the position or policy of Maryland Humanities and/or any of its sponsors, partners, or funders. No official endorsement by any of these institutions should be inferred.