Top Ten Titles for One Maryland One Book 2020

It’s January, which means it’s time for the Maryland Center for the Book at Maryland Humanities to announce the top ten books for One Maryland One Book 2020! The theme for this year is “friendship” and there is a strong array of titles among the top ten. 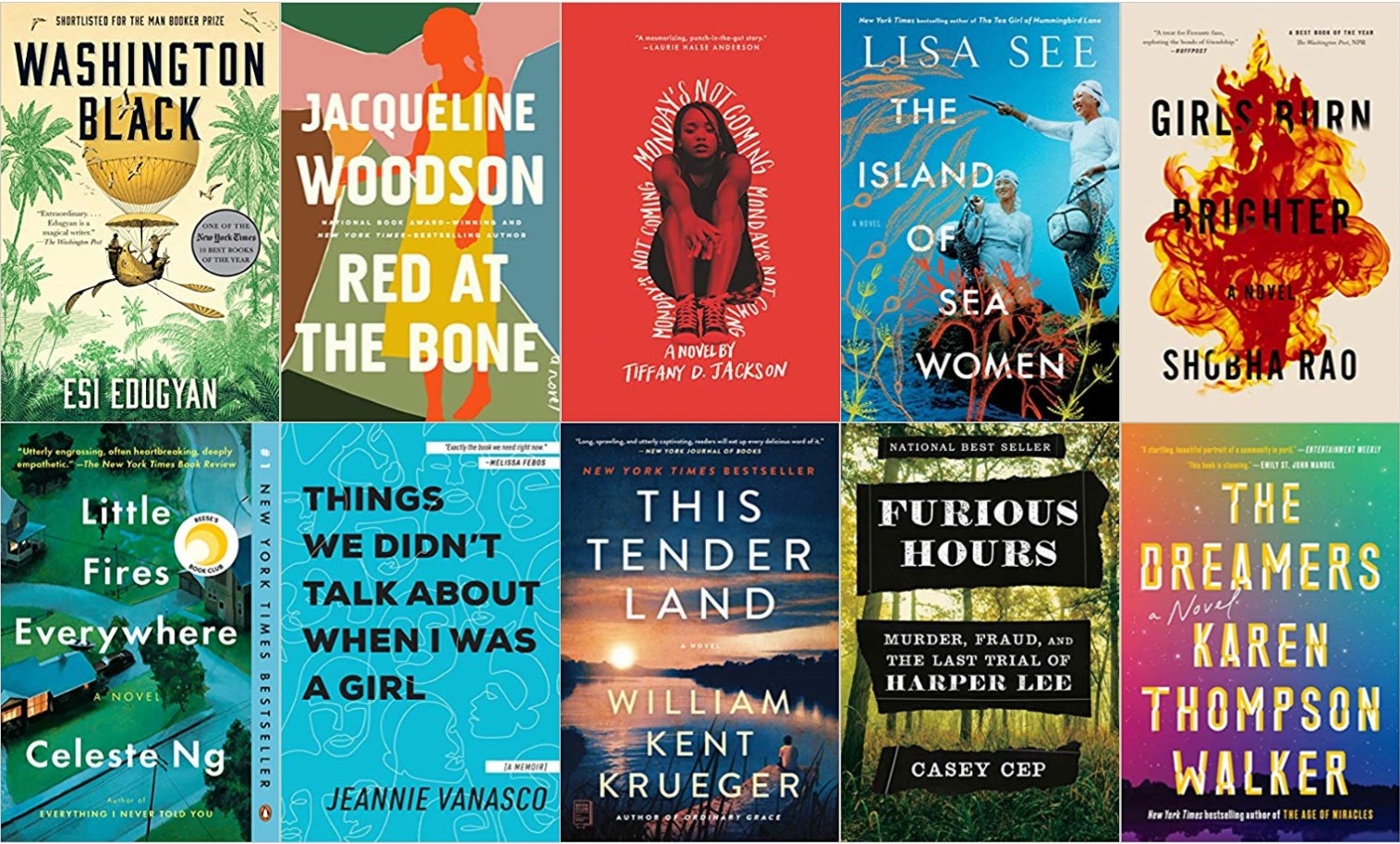 There are two nonfiction titles this year. (CW: sexual assault.) Things We Didn’t Talk About When I Was a Girl by Jeannie Vanasco explores the friendship between Jeannie and Mark, the boy that raped her when she was a teenager, before and after the assault. Whereas Furious Hours: Murder, Fraud, and the Last Chapter of Harper Lee describes Harper Lee’s attempt to write her own true-crime account of a vigilante murderer, similar to her friend Truman Capote’s In Cold Blood, which she helped him research. Filled with complex friendships, each of these titles bring about their own sense of crime and justice.

High-schoolers who participate in One Maryland One Book may be excited to read the one young adult title among the list: Tiffany D. Jackson’s Monday’s Not Coming, follows Claudia, a girl who is searching for her best friend Monday who seems to have disappeared overnight. Other books on the list that explore female friendships are Lisa See’s The Island of Sea Women and Shobha Rao’s Girls Burn Brighter, which take place in the locales of Korea and India.

William Kent Krueger’s This Tender Land follows four orphans on an unforgettable odyssey across America during the Great Depression. Esi Edugyan’s Washington Black follows the journey of the titular character, an eleven-year-old slave, and his relationship with his new master across continents.

Celeste Ng’s Little Fires Everywhere and Karen Thompson Walker’s The Dreamers follow the relationships of those stuck in communities thrown into chaos. And Jacqueline Woodson’s Red at the Bone delves into a family’s history to show how young people are forced into decisions they’re not ready to make.

Only one of the previously mentioned titles will be the One Maryland One Book! If you’ve read any, let us know what you think. Hopefully, we’ve helped expand your to-be-read lists! Our pick for 2020 will be announced in March.