This Is Our New Deal

Pat Williamsen is Executive Director of Ohio Humanities, one of 56 state-based partners of the National Endowment for the Humanities that also includes Maryland Humanities. We are sharing her message about the CARES Act, the stimulus funding in response to the COVID-19 pandemic, with permission. All photos were taken in Maryland and are courtesy of Library of Congress’ catalog: credit and details follow the post.

On March 27, Congress passed the CARES Act, the stimulus relief program to shore up the US economy, which has ground to a halt in the face of the coronavirus pandemic. Tucked within that $2 trillion package is $75 million for the National Endowment for the Humanities designated to provide emergency support for historical societies, art museums, colleges, and other centers of cultural activity. A portion of that $75 million appropriation will be distributed to 56 state humanities councils to help local organizations preserve jobs and keep the lights on.

Long before the CARES Act was passed, as social distancing and stay-at-home orders began to close museums, colleges, businesses, I started thinking again about FDR’s New Deal and the mark it left on our national landscape. If I’m not mistaken, the CARES Act is the first time since the Great Depression that the federal government has appropriated crisis funds for the preservation of American culture. While the argument can be made that history, literature, and the arts are not priorities at a time when the death rate is rising and more than 16 million people are suddenly unemployed, a similar argument was once made about certain New Deal programs. Now, as then, among the ranks of the newly unemployed are artists, historians, writers, curators—the stewards of American culture.

Those employed with the task of keeping American culture safe and vibrant carry a great, yet unrecognized burden. And in a crisis such as we now face, it is the proper role of the federal government to preserve the cultural fabric of the nation. 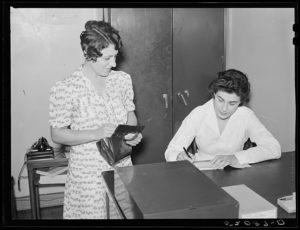 Through programs like the WPA, Federal One, and the Federal Writers Project, thousands of humanists, writers, and artists were employed. And not just employed —they were charged with useful tasks to make sure America would still be America when and if the Great Depression abated. They made films and photographs that still inform us, sculptures and monuments that are part of our national identity. (The sculptor of Mount Rushmore spent a fair amount of time on the payroll of Federal One). Many of the great names of mid-century literature were on the “dole.” Historians were employed to archive courthouse records, record and write local histories—much of their work remains the most recent and accurate county histories in our various states.

In 2008–09, after the last economic crash, Ohio Humanities conducted a rephotographic survey of the Farm Security Administration photographs made in Ohio. In the aftermath of that recession, during visits to the places photographed between 1935 and 1939, our team of photographers met with people who wistfully remembered when the federal government cared enough to invest in their communities, in their culture, in their lives. In 2008, with the economy shredded and retirements ruined, Ohioans wanted a new New Deal. 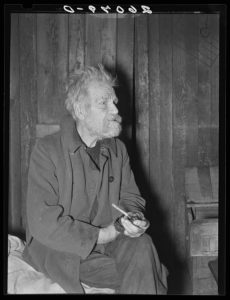 In times like these, folks don’t think of culture as a priority. And yet, it is that very thing—marginalized on the priority list of need— to which people turn in troubled times, for solace and inspiration, for knowledge and wisdom, for what it means to be human and to be American. If a generation of humanists is swept away by the present calamity, if historical societies decay to red-brick rubble, if American culture is neglected now, what will be left on the other side of pandemic? A physically healthy population with no soul and no sense of itself? Americans emerged from the Great Depression with greater sense of themselves because of New Deal programs.

With CARES Act funding, we can emerge from this crisis with our national identity strong. Thanks to leadership in Congress, at the National Endowment, and from the Federation of State Humanities Councils, aid is on the way for cultural organizations across the country. This is our New Deal. This is the way to preserve what is best in America and make sure that as a nation, the memory of who we were and who we are will be intact for future generations.

2 thoughts on “This Is Our New Deal”